Makkah is the Arabic word for Mecca. also known as ancient Bakkah, is a city in western Saudi Arabia, situated inland from the Coast Of the red sea in the Ṣirāt Mountains. Makkah is the holiest of Muslim cities, where our Beloved Prophet Muhammad (PBUH), was born. It is toward this religious center that Muslim people turn 5 times daily in their prayers (observe Qibla direction). All devout and able Muslims visit Makkah to perform hajj at least once in their lifetime and Umrah at any time. It is permissible for only Muslims to enter the city due to its religious significance and sacredness.

Indeed, we have awareness about Makkah’s history, culture, and location, however, there are some amazing facts about Makkah that only a few people are aware of, such as;

Makkah is more than just a historical place. It is a sacred place where Muslims from all over the world come together and become one, regardless of race, color, nation, standard, or wealth. Therefore, if want to visit this holiest & spiritual place then Muslims Holy travel strive to provide you the best & affordable May Umrah Packages 2022 with lots of facilities including Ziyarat. 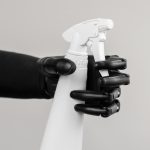